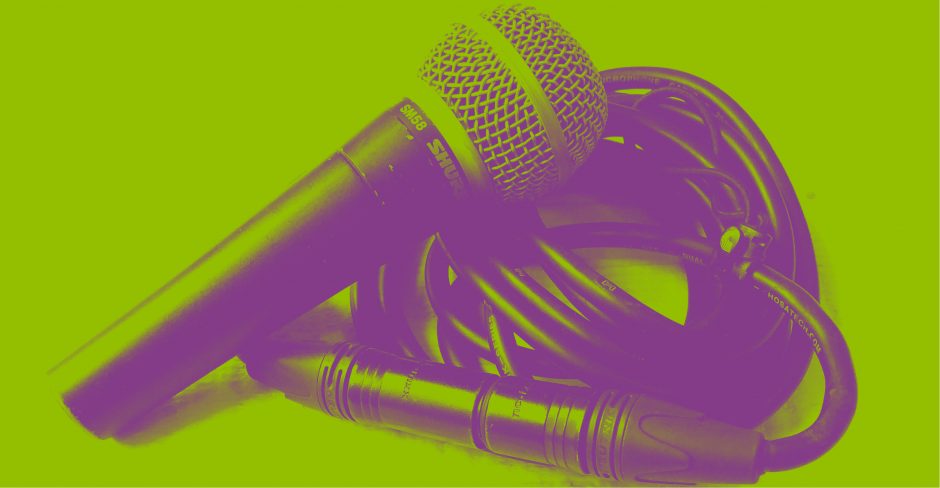 The Charanga VIP Studio Sessions teachers’ section is full of ideas for teachers to use in the classroom to help teach Rap, Hip Hop, Grime and other new styles of music.

Today we are sharing the Talk to the Beat game. This game could be incorporated into a Rap project, especially in the early stages to help build confidence and promote the idea of performing raps in front of their peers!

From our classroom experience we have found this to be an effective way to teach rhythm and reinforce key skills for both rap and music production.

We realised that rapping on a mic and performing were great in terms of building excitement and generating confidence within a group, but can be daunting activities and tend only to happen late on in a project by which point more confident young people can start to dominate.

With this in mind we created this activity where young people could get experience of performing, keeping time to the beat, public speaking and improvisation, but in a slightly less nerve-wracking more entry-level fun way.

How the Activity Works

Choose a relaxed and slow Hip Hop instrumental (85-90 bpm). If you choose something really hyped up it will be exhausting to listen to for long periods of time. The beat created using the VIP Hip Hop Tutorials is ideal.

This will establish a relaxed mood within the group, which helps the more reserved young people to find the confidence to get involved.

Next explain to the group what the different sounds in the beat are:

For rappers, knowing where the snare is and being able to pick it out is key – generally the rhyming words of the rap will tend to land in time with a snare. Demonstrate this to the group with a really simple rap, along the lines of:

“Yeah this is a rap, my name’s Max

Explain all this so they can see what skills they are trying to pick up and why this is important.

At this point you may notice some of the group starting to say, “I can’t rap, I’m not doing it” etc. This is the clever part — tell the group that they don’t have to rhyme at all, just try to talk in time to the beat about whatever they want.

The relief is immediate and obvious. Show them by talking in time to the beat about a random subject, point out objects in the room, and make a point of not rhyming.

Often the group will find an adult talking absolute nonsense pretty funny, and this is a good icebreaker to get them in the mood for having a go themselves.

Tell them that the idea is to talk about anything for as long as they can without pausing or repeating themselves, whilst trying to stay roughly in time with the beat.

The demonstration can revolve around what you can see in the room, what you are wearing that day, what you had for breakfast – really mundane stuff just so that they can see it doesn’t have to be what they might perceive as typical ‘rap’ subjects and most importantly that you are not using rhymes.

When they see that it actually doesn’t look difficult, ask for a volunteer to have a go.

Next Make it a Competition

Having tried this method out hundreds of times, the next strategy we have found really useful is to introduce an element of competition.

Tell them that whoever manages to talk to the beat for the longest without pausing or repeating themselves will win some kind of prize, such as house points etc. as this can really motivate a group if they already value the reward.

What this seems to do is to get the group excited enough where everyone ends up wanting to have a go and typically more or less everyone gets involved once they see other members of the group having fun and getting a positive response from the group.

Using a stopwatch to time adds a bit of drama, and award bonus points for style, interesting topics, getting the crowd involved and any other aspects of performance that seem well delivered.

The activity is normally a lot of fun, and doing this as a regular warm-up with a group is a great way to develop confidence in terms of performing in front of each other, speaking to a crowd, mic control, rhythm, timing and coming up with ideas for lyrics and songs in general.

With a bit of practice with this game even very young groups develop to the point where they can happily talk confidently to fairly large groups using a microphone, often keeping pretty good time with the beat.

Usually within a few sessions you can introduce ideas like giving the group a concept to talk about – quite often to tie in with their curriculum projects. This can work really well for generating ideas for them to write about and also illustrate that they usually have more to say on a subject than they think they do. Especially when there’s a bit of competition involved.

The main thing about this activity is that it’s fun and engaging to the point where a lot of groups (especially younger ones) actually request it and where it can also be used as a reward for when they have worked hard on what they see as the more ‘hard work’ activity of writing their own lyrics.

To see more guides and ideas in our Teachers’ section, login with a free trial account here.