Charanga was founded by Royal College of Music graduate Mark Burke and computer scientist Paul Fletcher. Mark and Paul were friends from a very early age. They went to school together in Bolton and played in the same Thornleigh football team. While following different career paths, Mark in music and Paul in technology, they came together again in 1996 to form Charanga with the aim of combining their skills to build a new type of teaching and learning resource where people could use their personal computers to help them learn to play musical instruments.

Charanga launched its first product in 1997 – a CD-ROM called Guitar Coach. At the time Guitar Coach was considered pioneering in its use of technology while being accessible to anyone who had a computer and wanted to learn guitar.

Guitar Coach had many innovative features both in terms of new techniques for learning and in its use of multimedia including some unique camerawork. 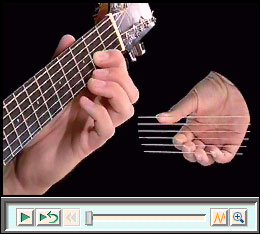 Over the years, Guitar Coach became an educational software best-seller in the UK and US where the product was called ‘Instant Play Guitar’. It was followed by more Coach products for electric guitar, keyboard and piano and in 2001 Charanga was awarded with Millennium product status by the Design Council for its innovative design and export success.

Charanga was in good company. Other recipients of Millennium Product status at that time included the Ford Focus, the Teletubbies and Viagra!

In this early CD-ROM phase of Charanga’s story the peak came in 2004 when its Instant Play Guitar product topped the US music software charts for 2 months just as its UK sister product Teaching You Guitar Skills topped the UK educational software charts. 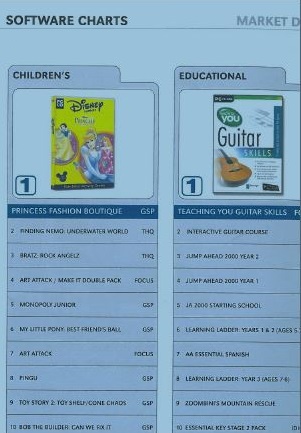 While Guitar Coach had helped Charanga establish itself with over a million sales, Mark and Paul wanted to take a new approach and change direction towards supporting more formal aspects of music education – schools, teachers, and music curriculum teaching and at the same time to look to cloud-based technologies which while very new at the time, were clearly going to grow in importance.

Mark and Paul moved the company to Brighton and began to assemble a talented team of technology developers and music educators to take the company into this new era. Charanga also began a wide consultation with organisations in music education which were doing fantastic work on the ground. Several music service heads took an interest in Charanga as there was a real need for a new type of resource that could support whole-class ensemble teaching. Working initially with a small group of music services, Charanga built the early version of what has become a large-scale cloud-based learning platform for music.

In 2012, Charanga formed a strategic partnership with Music Sales Group to provide access to a much wider range of music teaching content to Charanga’s growing school and music service subscriber base. This provided the launch pad for Charanga to develop its award-winning Musical School programme which is used in over 6,500 schools and is widely acknowledged to be having a major impact on primary music teaching.

Further afield, Charanga is now beginning to establish itself in Scandinavia and beyond, as Charanga’s flexible technology and content platform is striking a chord with the needs of  educational organisations wishing to support a modern and engaging approach to delivering music in schools.

Today, Charanga’s philosophy of working closely with the leaders and visionaries of the music education field has enabled them to play a significant role in shaping our country’s cultural heritage. Proud to be a key partner in over 90 of England’s Music Education Hubs and networks, Charanga has made sure that no schools are disadvantaged by local issues but able to access programmes directly.

“Charanga is a unique company in which talented, passionate and creative people get to forge a new approach to music education where pedagogy, technology and great content is combined affordably to support local music teaching provision. I am really proud of where we came from, where we have reached and where we are going to” enthuses Paul Fletcher, Managing Director of Charanga.

The company will commemorate the 20th anniversary with several educational events and promotional offers throughout the rest of the year.