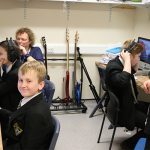 VIP Studio Sessions spent a day with students in Wakefield’s Castleford Academy as part of their House Music Masterclass prize. Whilst there, VIP author Max Wheeler spent time in the Hearing Impairment department and got the

VIP Studio Sessions is launching a competition for students. We are asking students to produce their own Grime songs in the built-in studio. Using the step-by-step Grime tutorials, students are shown the mechanics of the genre, how 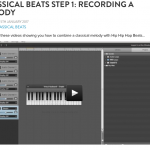 Charanga’s VIP Studio Sessions have followed their recent launch of the Ableton Live and Push resources, with the first step-by-step guides for 2017, called ‘Classical Beats’. These new guides help teach students to play a well-known 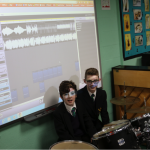 Showcasing a 19-Track Dubstep Album from All Hallows in Lancashire

We are pleased to showcase this impressive set of songs produced by students at All Hallows in Lancashire. The group of mostly Year 9 students have combined Dubstep and other styles to great effect, producing an 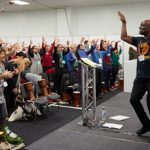 Meet Charanga at the Music and Drama Education Expo

Charanga are delighted to be exhibiting and presenting at the Music and Drama Education Expo 9-10 February 2017 at London Olympia. With over 60 professional development sessions, spanning panel debates, Q&A’s, practical workshops and seminars it’s a

Charanga VIP Studio Sessions is very happy to introduce its second annual competition. VIP users all across the UK in secondary schools, other educational settings and working on their own initiative are invited to upload tracks, 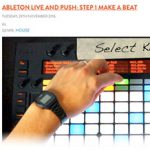 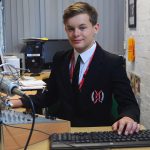 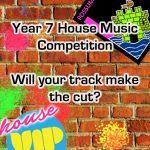