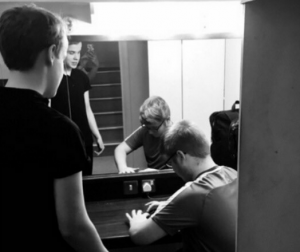 But one genre rising from the underground genres is Dubstep Riddim, a wonky and bass-y genre of Dubstep that became popular before in 2013-14, but is starting to gain huge popularity in the Dubstep scene, with some of the most influential artists such as Virtual Riot, and labels like NSD and Disciple, creating their own sub-labels specifically for this genre.

What makes Riddim so unique and different?

In comparison to the most popular genre Brostep, Riddim is a quite repetitive genre, relying mostly on pattern variation of around one or two sound patches, and complimentary but simplified drum patterns.

The main structure of a Riddim track goes as follows: 16 bar intro with an atmospheric pad, most if not all low frequency removed, vocal chants or shouts, light drums and a subtle riser, followed by a 32 or 64 bar bass sequence with heavy or subtle drums again, depending on the type of bass synth.

The pattern variation with the bass synths can create a catchy rhythm, which is what I, and many others, love about Riddim.

One unique thing that Riddim has in comparison to many other genres in EDM is the collaborations and VIP/remixes of others tracks. A VIP (Variation In Production remix is a remix that includes most of the original stems – export of the separate audio tracks for a remix) track with parts swapped or redone to keep the original sound of the track, while at the same time making it unique in the producer’s own way.

Here are some of the most influential tracks that define the genre as a whole:

Chibs uses a very unique sound in his tracks, unmatched by any other producer in the scene!

A track from the first rise in popularity in 2014, Yasuo is responsible for the shape of Riddim that we have today!

A super-heavy track by the most influential Riddim producer!

You can check out Kiriko’s music here.

Thanks, Ethan for this great and informative article. Watch out for more student and teacher blogs coming soon.

If you would like to find out more about VIP Studio Sessions please contact Melinda Robson at Charanga: melindarobson@charanga.com

From https://charanga.com/site/vip-user-castelford-academy-student-ethan-aka-kiriko-fills-us-latest-dubstep-subgenre-riddim/ on Tuesday 20th of April 2021 at 12:37 pm