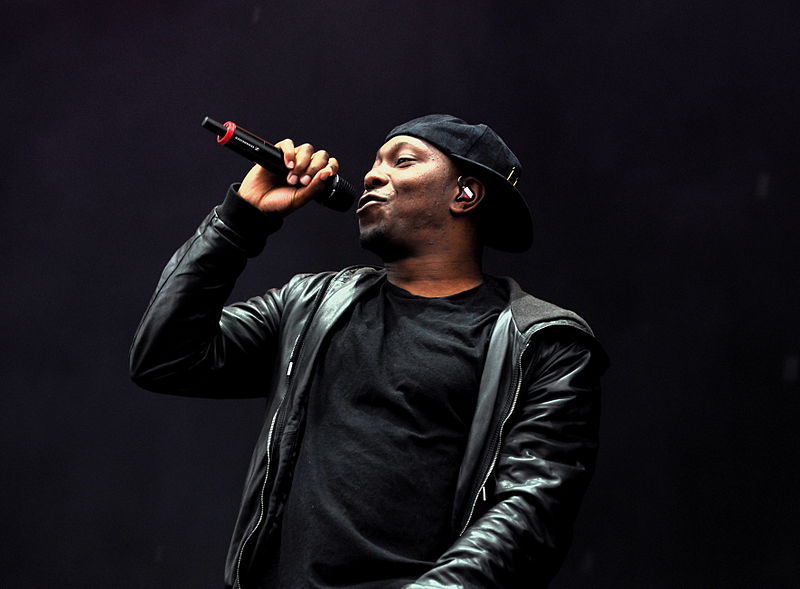 Grime, born in East London and atop the streaming charts for UK music, seems finally to be receiving the mainstream acceptance that has eluded it since the early days of pirate radio. Since Dizzee Rascal began knocking together beats on a school computer after hours, and like Rock ‘n’ Roll, Jazz and Blues before it, Grime has been an outsider music, only now coming in from the cold – receiving plaudits not least from elements of the press that have often cast it in a negative (frequently racist) light. Grime, alongside its older cousins Garage and Jungle (and its US uncle Hip Hop) still triangulates the periphery of establishment acceptability but, in a world where stats rule, it has become impossible to ignore.

Of his time in school Dizzee wrote:

There were good facilities in the music department, which is why I liked it and it was the only place in school that I actually wanted to be. I was in the back room of the music department most of time, working alone. I was focused and I didn’t worry about what else was going on. I played music as I’d always imagined hearing it in my head. In the back room there was a computer, mixer, mini-disc recorder, CD recorder, printer and a couple of other bits of equipment.
Tim Smith did things to help me, like sending me across the road to a professional studio to get more experience. On Monday nights he let my friends from the street come into the department so we could lay down some tracks. It didn’t bother me that he was a middle-aged man. He was my teacher – age didn’t matter, I respected him. He understood my music and understood what I was trying to do, so nothing else mattered. If he suggested that I listen to something I would; sometimes he gave me music or videos to watch as well. 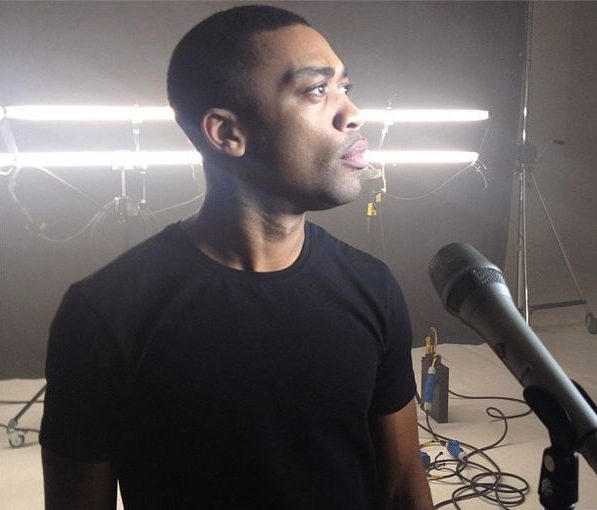 Whilst Dizzee was the first Grime artist to make it big, crossing over as a major international artist, fellow East Londoner Wiley has long been acknowledged as the Godfather of the sound. This year Wiley received that most establishment of titles the – Order of the British Empire. Even in a scene that generates news like no other, the response from Grime artists to this moment was undeniable. Grime had finally made it, via the charts, all the way overground.

Only last year Wiley’s protégé Skepta turned down the same honour, prompting some to wonder whether Wiley would accept and what the conversations behind the scenes were. In his recent book Eskiboy, Wiley wrote at length about his issues with the police and the fact that the prison system “makes people money.” He also levels criticism at “Power. Families. The 5 per cent who don’t wanna be with us.” Shortly after the book was published he received the Order of the British Empire from Prince William. These contradictions, embodied so well by Wiley, are what make the Grime scene so complex, fascinating and alive. 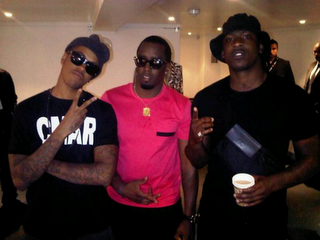 Starting as a raw electronic assault on the safe Jazzy Hip Hop and commercial Garage sounds of the late 90s and early 2000s, Grime took only the darkest elements of Ragga, Jungle, Hardcore and Garage. Lyrically it was in its own lane; it didn’t care if you liked it and crucially it was so brand new didn’t even know its own name.

Going by various names; ‘Sub low’, ‘Eski’ and the wildly confusing ‘Wotyoucallit’, splintering away from Garage music was an anti-commercial darker sound that began to establish itself. Pushing the tempo higher, losing the Swing and cleaner Jazz stylings of mainstream ‘Sweet Like Chocolate’ Garage – this sound emphasised the sub bass, the grit, the aggression and hype.

Straight away this won fans, initially in East London but soon spreading across London boroughs and with its first breakout artist Dizzee Rascal, all over the globe.

Fast forward 15 years, Grime (after a rumoured death) is in the rude health of its second wave, with artists topping charts and selling out shows on both sides of the Atlantic and healthy underground scenes around the world from Korea to Australia.

The origins of Grime tell a story of their own. Wiley talks about those early days saying:

“We had no one to look up to. So we took bits of jungle. Bits of ragga. Bits of garage. In the end we created something different.” p79, Eskiboy. 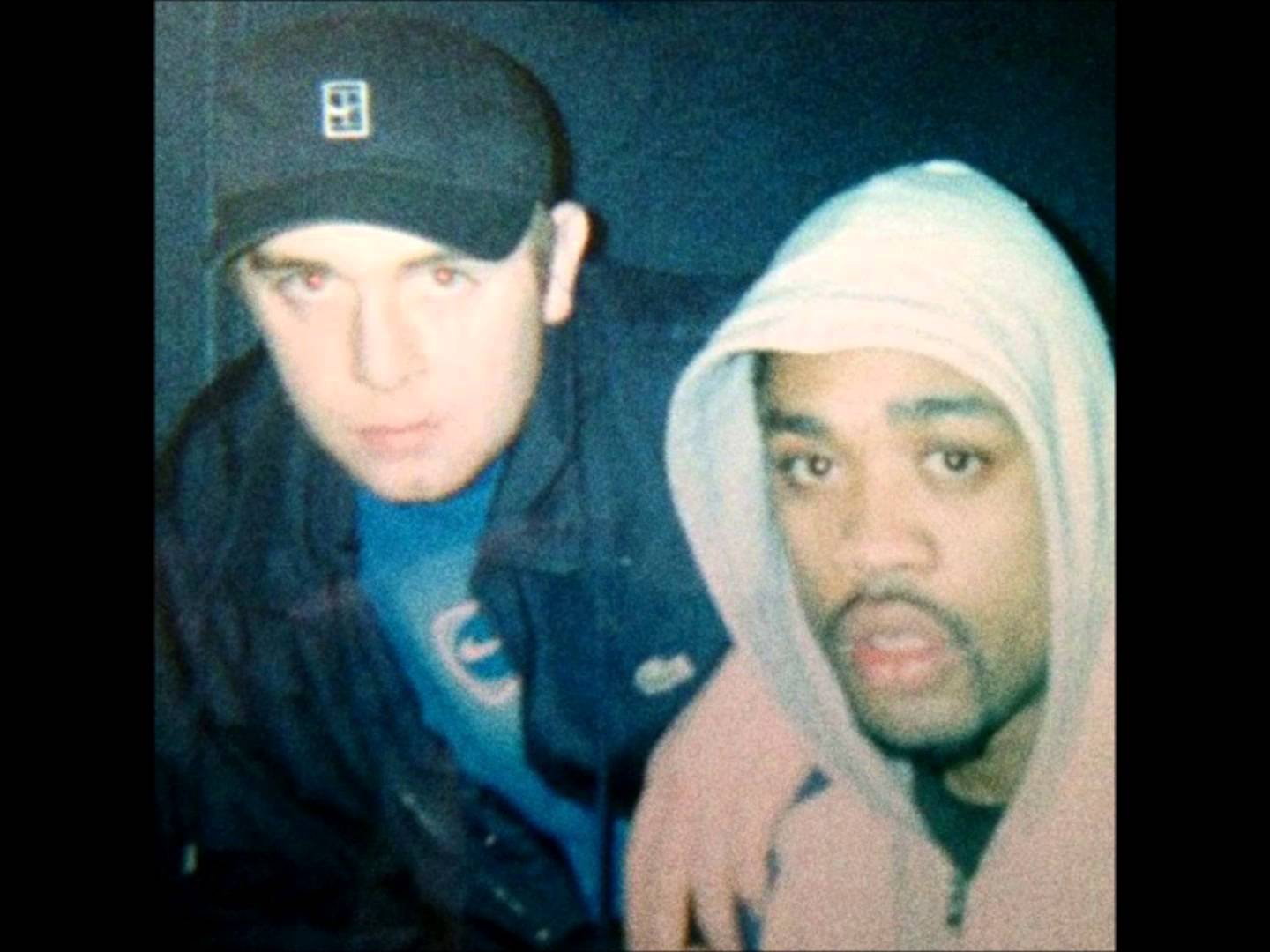 Grime comes from the intense stylings of Jungle, itself a uniquely UK sound, which would morph from late 80s hardcore techno to Jungle to Drum and Bass to UK Garage. The Jungle sound gave the young Wiley confidence to be original, with him writing: “Jungle knowledge is important. Jungle was the first kind of music that we felt could be ours.” p40 Slimzee

Drawing on the sounds that had come before them and releasing records on a small scale with a DIY ethic, Wiley’s sound began to make headway. Meanwhile Dizzee Rascal’s secondary teacher Tim Smith, Head of Arts at Langdon Park when Dizzee Rascal was a pupil, was helping another sound to emerge. He is now Head of Arts at Kidbrooke School, South London.

I try to let students do what they want. I aim to create an atmosphere where they feel safe and can experiment. My attitude is, ‘Show me what you can and let’s work on that’, rather than, ‘This is what we’re going to do.’ There wasn’t a problem with Dylan’s behaviour in my class. Okay, he had a reputation, but it didn’t mean anything. I didn’t need to know about that – a student is a student. I’m paid to teach, not to judge.

The headteacher was very supportive of Dylan and me, even though there were issues in other classes. Sometimes when his mum had been called in about his behaviour, I would meet her afterwards and play her Dylan’s latest composition to cheer her up.

Already feeling his own sense of empowerment, helped partly by his dad’s stong history as a musician, Wiley had already created his own cottage industry, going alone without a record label long before the current trend of self-releasing artists:

“That was the start, in a way. It was the first time I realised we could do this. We didn’t really need anybody else. We had decks, we had the mic, we had the radio. Didn’t need to wait for anyone, impress anyone, push anyone. Just us.” p41, Eskiboy. 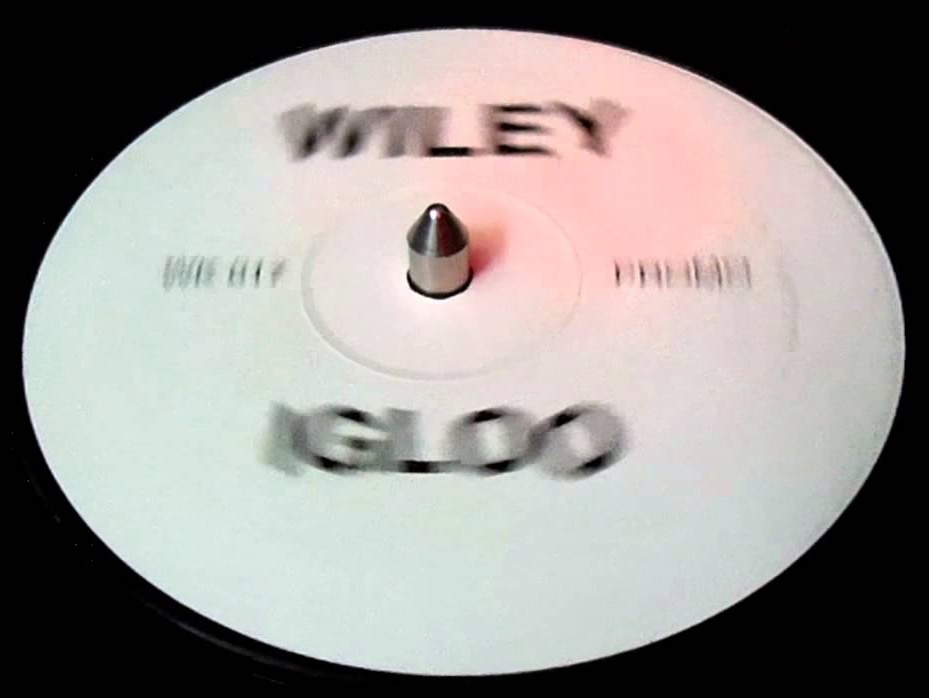 Igloo – An early Wiley release from 2003

Fellow MC Flowdan noted: “When Wiley started to clock on that his instrumentals had power, things changed. His beat-making started to form the scene.” p75, Eskiboy.

One fascinating detail from Wiley’s book Eskiboy is that the sparse desolate sound of early Grime in fact stem from his childhood years spent outside the capital in Kent, following a violent family incident in East London leading to his family’s relocation. He writes:

“Eski, igloo, ice, cold – that all comes from my childhood. The pain, the isolation, the frustration. Some of my music represents being in a dark place.” p259, Eskiboy.

Another aspect which receives some long-awaited explanation is the technical process behind the early Grime productions, including the now famous sounds he was using: 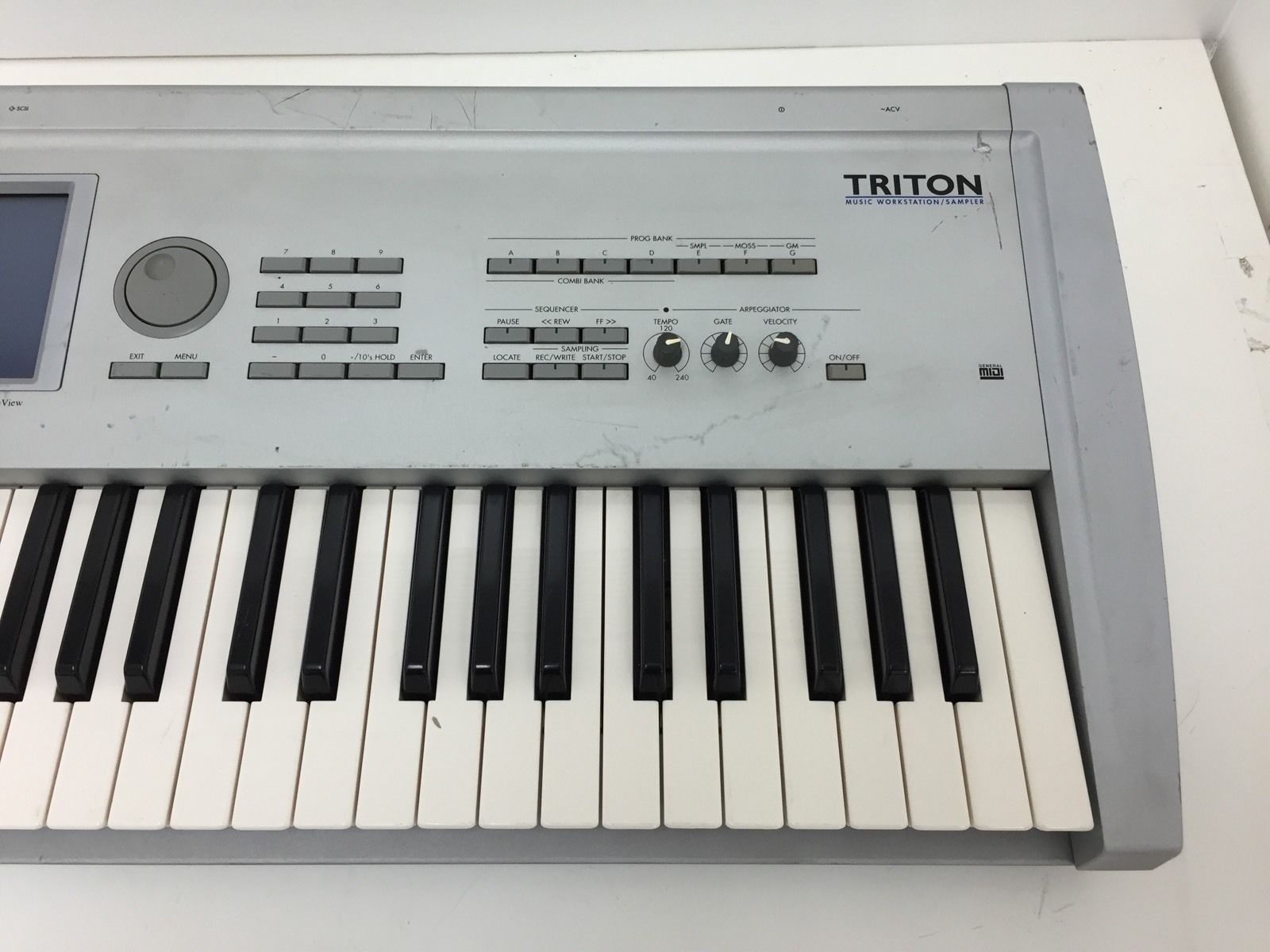 Of the software he casually notes that Grimes’ hi-octane tempo has a lot to do with the default setting of his preferred software programme:

“I was using the same programs my dad had on his computers – Logic, Fruity Loops. I like playing instruments, but I saw people getting jobs done quicker on programs. By the time Logic and all those things came out, everyone was producing on computer. Fruity Loops was the one I made a lot of the early tracks on. It came with a standard 140bpm tempo setting. You had to look for it to change it, you know, and I was just putting things together on there.” p72, Eskiboy. 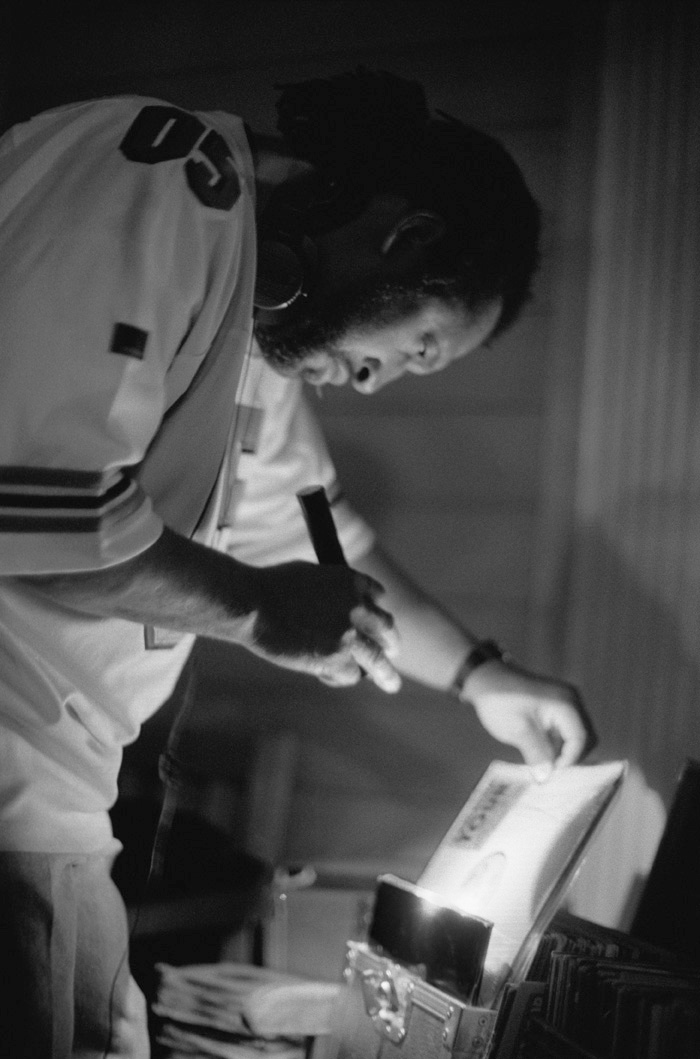 Grime’s origins, the genius, conflict and tension at its heart, all seem to hang on its ability to focus negativity and channel it into positive directions. Grime’s resonance is in many ways because of this transformational aspect – its ability to turn isolation, violence and darkness into transcendent art. Its hype energy a reflection of an increasingly dystopian inner city reality and simultaneously a route out and toward something tangible on the other side.

Whatever the debates about the monarchy, state and for that matter ‘British Empire’ having the authority to pass judgement on Grime, the fact that Wiley has received this honour seems fitting, and the fact that he is still young enough both to help continue the scene and to benefit from it, makes a welcome change.