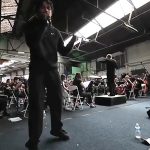 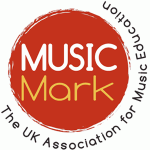 Charanga’s VIP Studio Sessions will be exhibiting at this year’s Music Mark Annual Conference 24 and 25 of November, 2017, at the Chesford Grange Hotel, Kenilworth. The popular national conference, whose theme this year is Diversity, 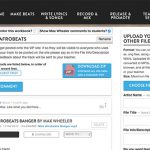 In September 2017, Charanga’s VIP Studio Sessions, the online music education platform that teaches young people how to write, produce and record their own tracks and songs, has further improved the way teachers can listen to, 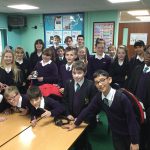 Congratulations to All Hallows School

Congratulations to All Hallows School for winning VIP Studio Sessions’ school of the year award. Selected for being both the most active school in the country, and also the producers of incredible work including the first 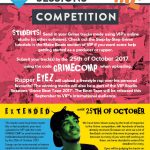 We have decided to extend the exciting VIP Studio Sessions Grime competition, which is open to all VIP users across the UK, to the 25th of October 2017. Winners of the competition will be appear on 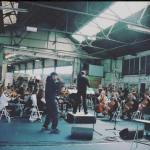 VIP Studio Sessions creator Max Wheeler recently debuted Grown: A Grime Opera, his first orchestral work in collaboration with Grime artist Eyez. The work is a fusion of Grime and Classical orchestration, looking at the themes of 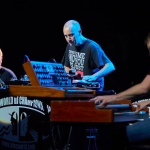 Woody started DJing in 1992. He made his name through the competition circuit when in 2001 he was the first European DJ to win the ITF (International Turntablist Federation) World Championship title in San Francisco. A

This June 2017, VIP Studio Sessions has updated the layout of its core learning area – ‘Make Beats’ – making it even easier for young people to access guides to their favourite genres. VIP is the new

At a time when Secondary Music is in need of a good news story we think we have just that. Over the past two years we’ve been rolling out the Charanga VIP Studio Sessions programme to